skip to main | skip to sidebar

Misuse of Light- Symbol *not on the sheet* 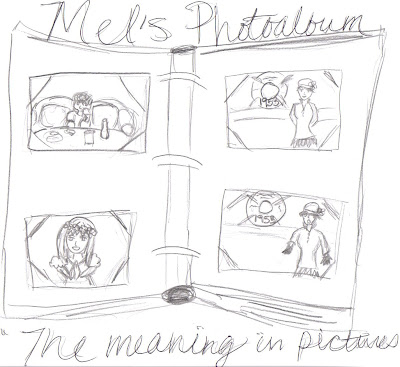 Sooo this wasn't a choice in the sheet thing, so i sort of made it up. I picked something from the story that symbolizes the meaning of the story. In the story Mel keeps a scrapbook of pictures he developed from cameras people sold him. His facsination in pictures seem to symbolize his facsination in life. He looks for "the meaning in pictures". In other words he looks for the meaning in life, as well as other people's lives. A picture is worth a thousand words. Each picture he keeps, no matter if it's of a beautiful landmark, or just an undeveloped picture of black, he see's the beauty in it. Something so simple as a photo can be as complicated and intriguing as a sculputre done by Michael Angelo.